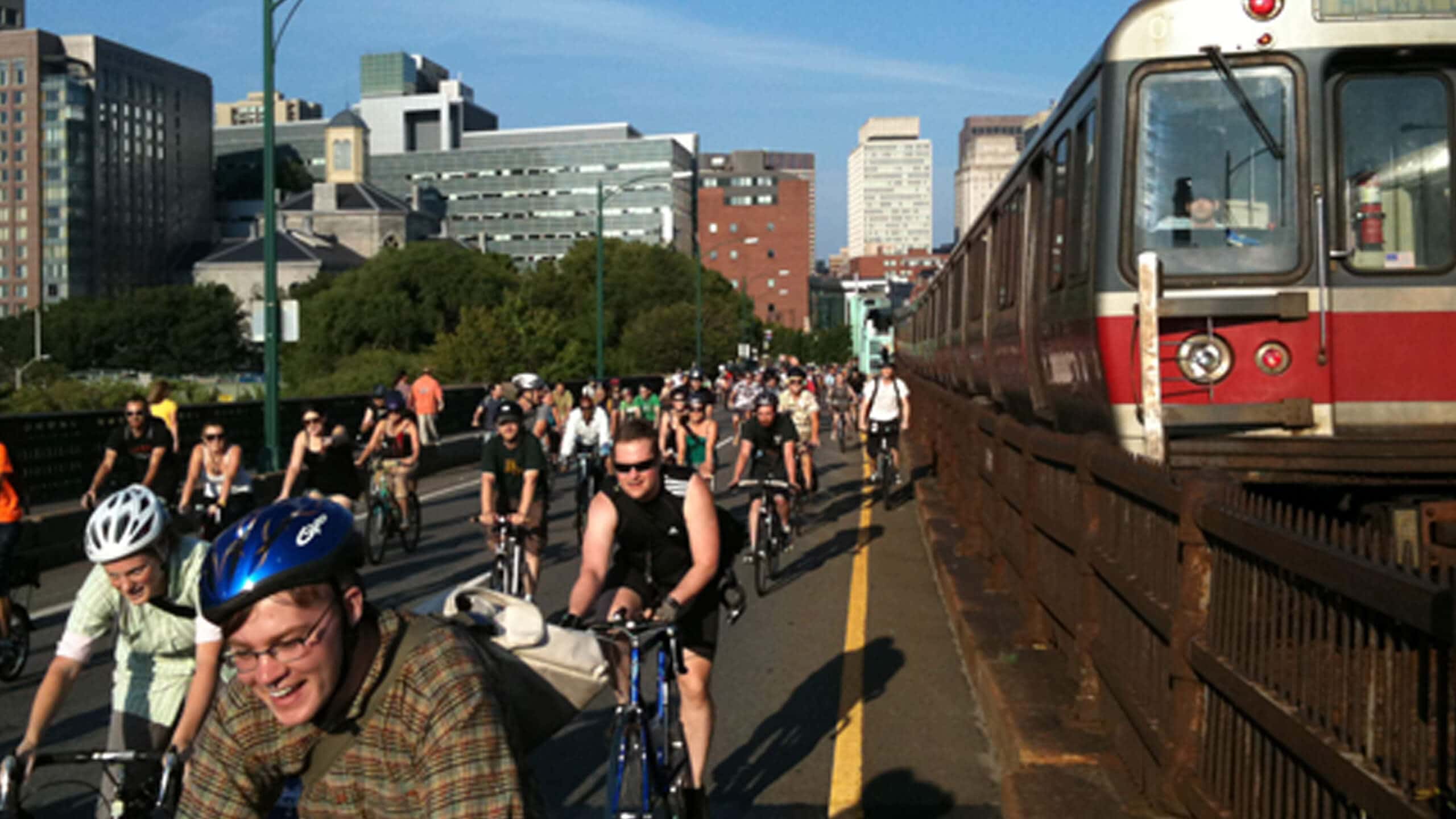 Similar to San Francisco every third Friday the cyclists from all over the city of Boston and beyond rally and ride the streets to raise awareness for cyclists. This past Friday over 400 people showed up at the Trinity Church in Copley Square for the Critical Mass Ride.There is never any planned route so it’s always a different adventure. This time we went through downtown, by The Garden, over the Longfellow, through Kendall-MIT, Down Mass Ave. to Harvard Square and then back into Boston. Typically most people ride for an hour or so but some people make an entire night of it. Check out some of my picts from this week’s ride.