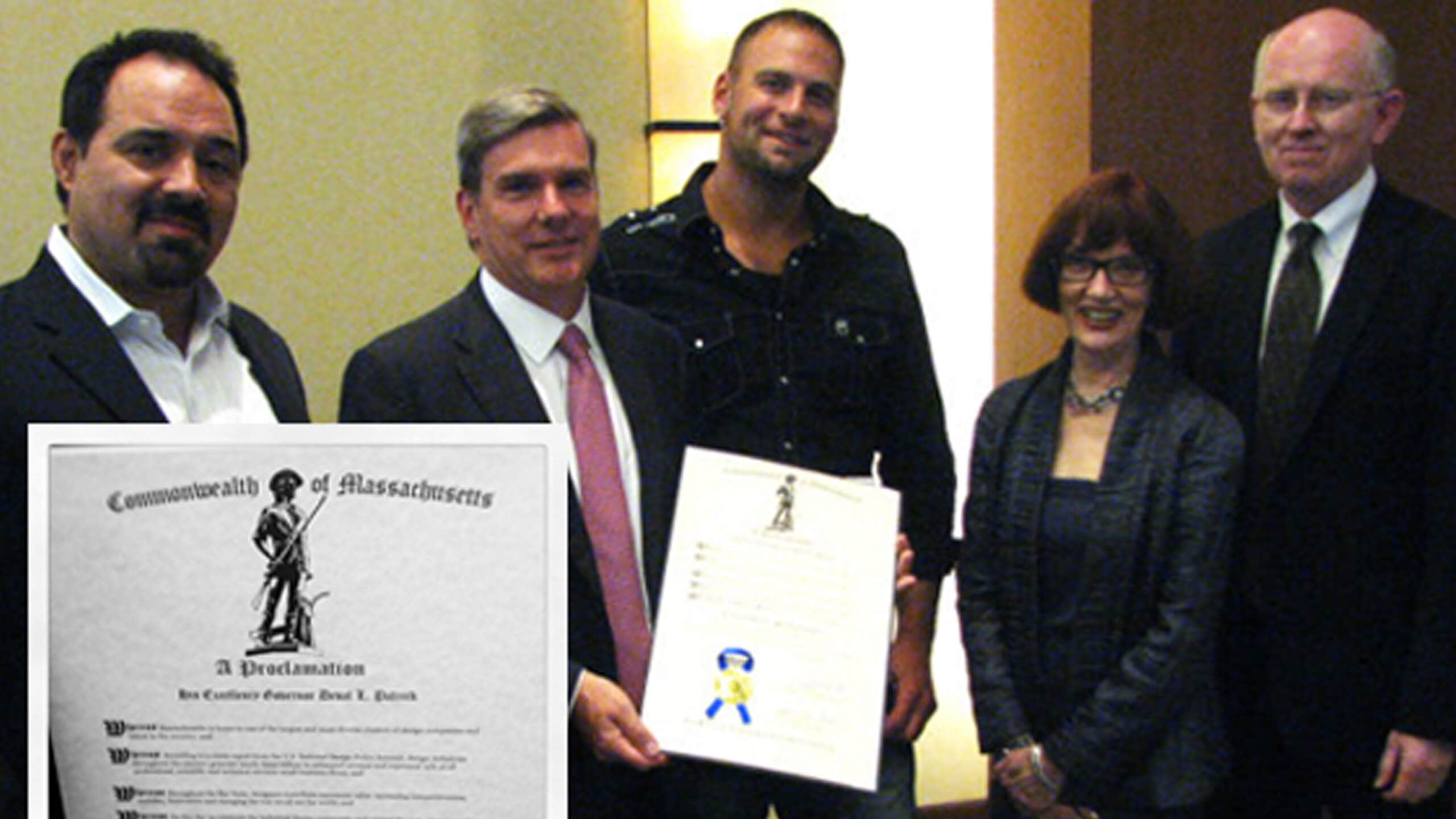 THE FOLLOWING IS THE FULL TEXT OF A PROCLAMATION BY GOVERNOR DEVAL L. PATRICK

Whereas Massachusetts, home to one of the largest and most diverse clusters of design companies and talent in the country; and Whereas  According to a 2009 report from the U.S. National Design Policy Summit, design industries throughout the country generate nearly $250 billion in estimated revenue and represent 15% of all professional, scientific, and technical services small business firms; and

Whereas Throughout the Bay State, designers contribute enormous value: increasing competitiveness, usability, innovation, and changing the way we all see the world; and

Whereas On this day we celebrate the Industrial Design community and connect the past, present and future in a way that creates a better understanding and realization of design’s power to impact business success,

Now, Therefore, I, Deval L. Patrick, Governor of the Commonwealth of Massachusetts, do hereby proclaim August 17 to be,

And urge all the citizens of the Commonwealth to take cognizance of this event and participate fittingly in its observance.
Given at the Executive Chamber in Boston, this the ninth day of August, in the year two thousand twelve, and of the Independence of the United States of America, the two hundred and thirty-sixth. By His Excellency DevaL L. Patrick, Governor of the Commonwealth