Women in Industrial Design: A Conversation with Jennifer Linnane 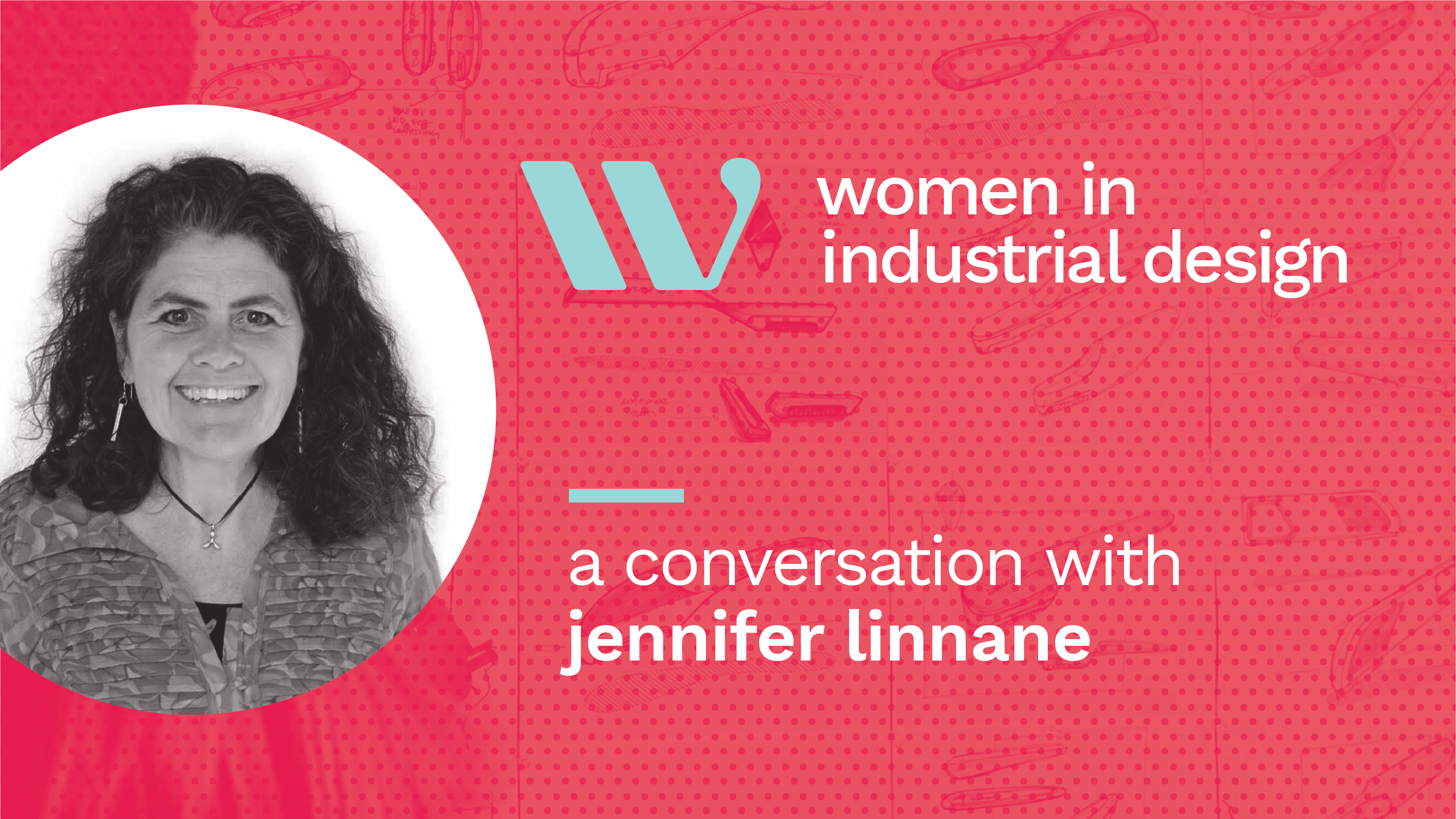 Back in March during Women’s History Month, we had a discussion at Sprout about the gender gap in industrial design, and what we could do to help the issue. We committed to initiating a year-long dialog, bringing in the perspectives of women designers that we admire and sharing this conversation with the design community.

Our first chat was with Jennifer Linnane, a fellow graduate of the Rochester Institute of Technology, a friend, and a mentor of mine for many years. Jennifer is a self-employed freelance/contract industrial designer and UX consultant. We dug in deep to put some texture behind “the gaps,” and Jennifer shared her ideas for positive change we could activate as an industry, as studios, and as individuals. 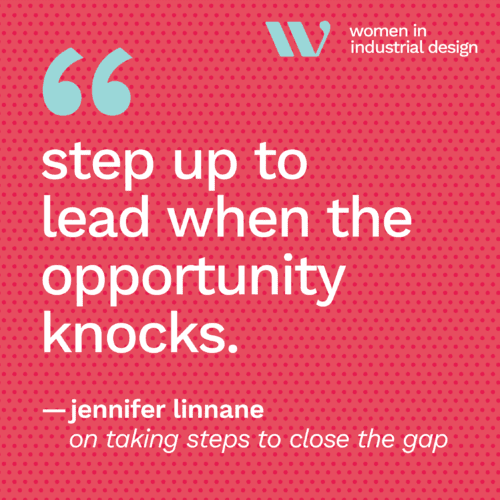 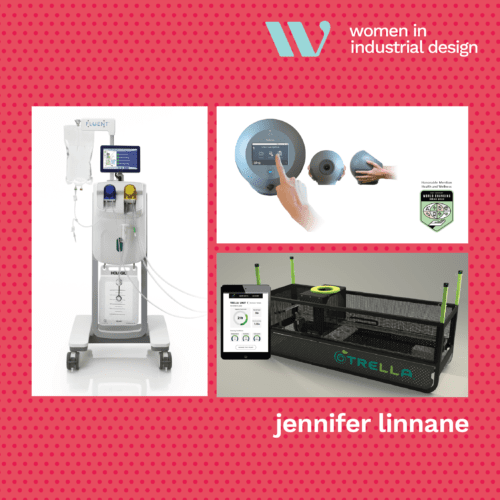 Keeping trained female industrial designers in the role is a challenge. Women do notice being the only woman in the room. Given the lack of other women in the room, it means they have to work harder to represent a wider cross-section of people. It can be an advantage at times, but intimidating, too. Women, in general, are not natural “show boaters.” That skill can be a challenge to learn. When you are outnumbered, dancing on your feet and developing that voice is even harder to learn, practice, and get good at.

When that context (being outnumbered) persists, finding a new place to practice can be appealing and/or necessary. UX roles, which are newer but draw on similar design skills, may feel less laden with bias while promising more diverse interdisciplinary teams. We can certainly learn or re-learn some things from the world of UX that we can do better.

We need more women’s voices in industrial design-period. But I am not sure that if a woman — or anyone, really — chooses to move into UX or another profession from industrial design that we have necessarily “lost” them. If the reason they are leaving is oppression or lack of inclusion then yes, we need to look in the mirror and address those issues.

But it’s a complex issue. Looking at the data without understanding the deeper context can be misleading. I just listened to an IDSA talk with Anne Cocquyt who shared some deeper dives into some data on women in the profession, and the contexts behind some of the numbers were as fascinating as the numbers themselves. I wonder if that migration path might also be demonstrating the power of industrial design, expanding its influence more broadly through curiosity and growth? That can be a good thing! Design is about resilience. I have faith that we can be better and we will become better.

Ideas for creating visibility for industrial design among women—

How do we talk more and read more and promote more about what women bring to the table? How are women leading and doing things differently? How does this raise the bar for us all?

How do we make industrial design more welcoming, esteemed, and respected to help combat the ‘she went to UX for a higher paycheck’ story? If that was the only reason, wouldn’t you do the same? Let’s dig deeper into bias and the other factors to get to the real story and motivations to really learn how to be better. Can we combat the paycheck issue differently? Beyond overcoming biases, how might we define our value as industrial designers more clearly to command equal pay and respect?  What is it about industrial designers that makes them irreplaceable and unique? How do we communicate and quantify our impact in a more understandable way? Would industry certification make the value of design less subjective to applicants, outside audiences, and practitioners?

Industrial designers are known as “specialized generalists.” We wear a lot of hats and know a little about a lot of different things. Our expertise lies in how we use our design skills to assimilate and communicate that information. Specialists are revered as experts and command respect and often higher wages. Is someone (especially a woman) in industrial design any less of an industrial designer because she focuses on research or is a UX specialist? We don’t look at designers who are experts in developing form as less important. How might we clarify the generalist/specialist discussion particularly as it relates to bias?

Ideas for personally taking steps to close the gap—

Step up to lead and mentor when the opportunity knocks. Even if it means you have to create that opportunity and open that door. Sure you can look at it as more work and it might be a little intimidating. But what if you look at it as an opportunity to meet new kindred spirits and give back and to help others learn what you had to learn the hard way so they are equipped to help us all leap forward? You and your voice and experiences are an important part of the solution.

Advice to women starting work in the industrial design profession—

1 Always be curious. Never be afraid to ask questions! Your question may prompt an answer that helps you learn. But even more importantly, it may also prompt awareness of something no one has considered.

2 Adopt a growth mindset. Take the time to set important goals for yourself — lofty, difficult goals that will require deliberate learning to get there. Then write them down. Writing things down helps you set a course, ask ‘what is the next smallest step I can take toward my goal,’ and see progress as you look back.

3 Develop an accountability partner(s) with whom you can exchange advice about your respective goals. Be candid. Encourage courage. Saying things out loud gets them out of your head and invites action.

4 Being “stuck” is temporary and happens to everyone. Don’t give up! Work to uncover what is holding you back. Don’t be surprised if, after you drill down to the root cause, you find it is your own fear. Maybe even fear of success. You have to take that fear and “name it to tame it.” Success always brings new challenges, and in the end, industrial designers love a good challenge.

The book Invisible Women: Data Bias in a World Designed for Men, by Caroline Criado Perez, is wonderful. It has me looking at the world around me with fresh eyes. The author’s idea of bias being a result of “unthinking” is fascinating. Her analysis and examples are eye-opening and invite introspection about the unacknowledged biases around us. 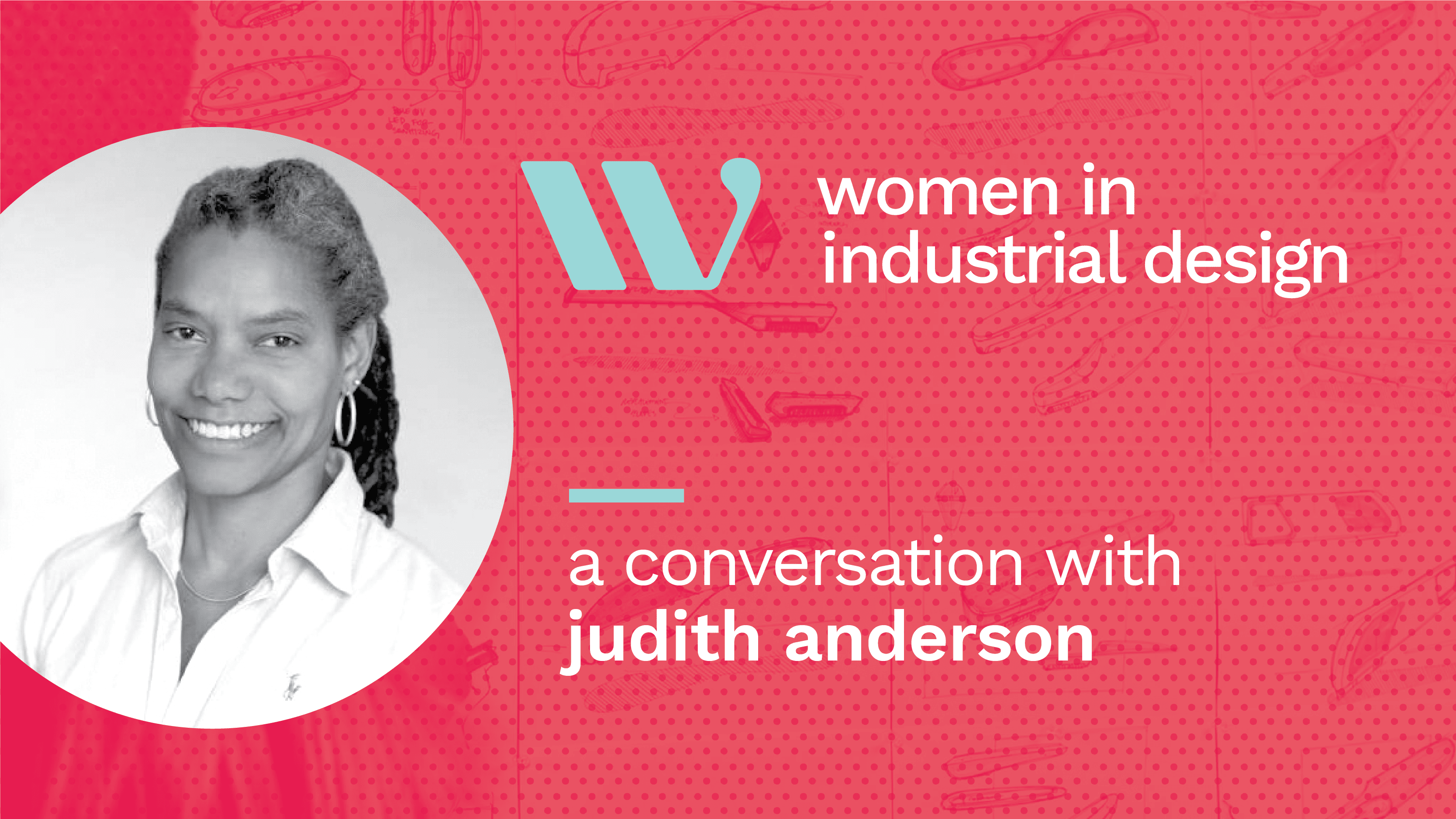